Well before MTV came up with The Basement Tapes as a means of locating unsigned bands, Dick Clark tried out a similar contest on ABC's Happening '68, hosted by Paul Revere & Mark Lindsay of Paul Revere & The Raiders.

The contest winners in the summer of '68, the Heart Beats, were an all-female quartet out of Lubbock, Texas, predating the likes of the Runaways, the Bangles, & Go-Go's by a few years. The Heart Beats remained a regional attraction in their home area for the next twenty or so years before hanging up their guitars & microphones. Here, the ladies perform a cover of the Outsiders' 1-hit wonder, "Time Won't Let Me":

I don't know if they even took a chance on the Basement Tapes.
Posted by hobbyfan at 8:05 PM No comments:

Labels: Musical Interlude, What Might've Been

If you look at Norman Lear's track record, for every hit he had, like, for example, All in The Family, Sanford & Son, or Good Times, there would be the occasional clunker.

For some reason, audiences didn't really warm up to The Dumplings, which was plugged into the lineup in January 1976 as a winter replacement. The pilot had aired in the fall of '75, and was replayed during the series run.

James Coco (ex-Colucci's Department) and Geraldine Brooks (in her final role) were the leads. Gillette pitchman George S. Irving, until then better known for his voice work (i.e. Underdog), landed a rare live-action series gig as part of the supporting cast.

I never saw the show, so there isn't going to be a rating. Gilmore Box provides the following video, with the title song performed by Steve Lawrence.

Weasel of The Week: George Zimmerman

Two weeks ago, Democratic presidential candidates Elizabeth Warren & Pete Buttigieg issued tweets commemorating what would've been the 25th birthday of Trayvon Martin, the Florida teen shot to death by George Zimmerman in 2012. Zimmerman, remember, was acquitted a year later when a Florida jury bought into his defense that he acted in self-defense under the state's "Stand Your Ground" law.

Today, Zimmerman, retaining conservative ambulance chaser Larry Klayman as his attorney, is suing the two candidates for a total of $265 million dollars, claiming that, even though he wasn't mentioned by name in the tweets, the candidates' statements were meant to remind voters of what he did.

Friends, you know what that makes him? 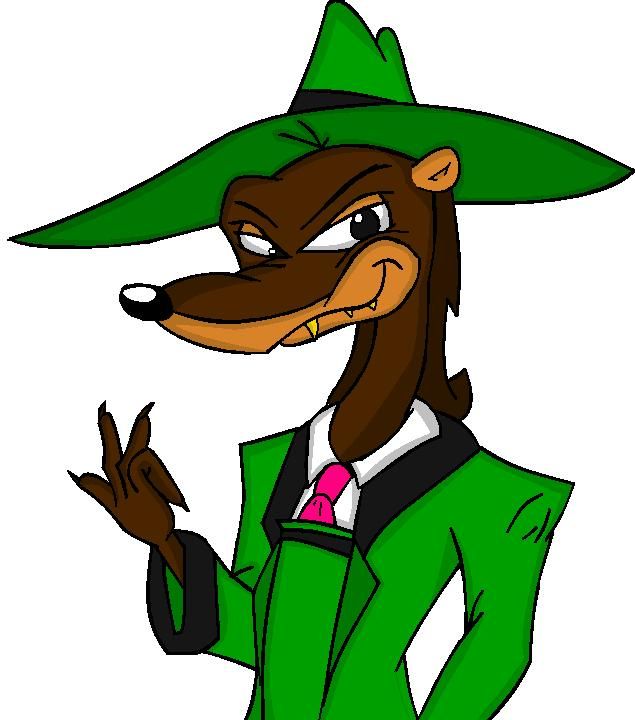 Yup, a Weasel. Klayman gets a set of Weasel ears, too, for encouraging this nonsense.

If Zimmerman hadn't been acquitted seven years ago, he'd have been on President Trump's list of pardons yesterday. You would think Zimmerman could go on with his life after acquittal, but no. Apparently, he's still butt-hurt about the whole incident, and wants to profit from it any way he can, rather than go out and, you know, find a real job. Someone should explain to this fool that his 15 minutes expired already.
Posted by hobbyfan at 2:04 PM 4 comments:

A. E. S. Hudson Street (AES stood for Ambulance Emergency Service) deserved a better fate than it got.

From Barney Miller co-creator Danny Arnold and writers Tony Sheehan and Chris Hayward, the latter a veteran writer whose career resume also includes Rocky & His Friends and Get Smart, Hudson Street reunited the creative team with an original Miller regular, Gregory Sierra (a different actor played the part in the pilot), who heads the ensemble as Dr. Menzies. Sierra had left Miller after 2 seasons to return to Sanford & Son for its final season.

Hudson Street aired on Thursdays during the spring of 1978, but instead of being coupled with Miller, it aired much later in the evening (10 pm ET), which contributed to its demise.

13 years later, Arnold decided to try again, rebooting the series as Stat, with Dennis Boutsikaris taking over as Menzies. It had an even worse fate, lasting just six episodes.

Gilmore Box brings us the open:

Ray Stewart was also a frequent guest on Barney Miller, as Driscoll, whose partner, Marty (Jack DeLeon), was either brought in as a suspect or was filing a complaint. Ralph Manza, a veteran character actor, had a resume that included a stint as George Peppard's sidekick on Banacek.

No rating. Never saw the show.
Posted by hobbyfan at 7:49 PM No comments:

It's pilot season for the television networks, and the CW has picked up yet another one from Greg Berlanti. This one, though, is a modern day reboot of Kung Fu.

Note I said, "modern day". Instead of trying to revive the original 1970's series, set in the Old West, or its latter-day sequel, Kung Fu: The Legend Continues, which ran back in the 90's, Berlanti is setting the new show in the present day with 1) a female lead, and 2) casting Asian-American actors in the lead roles, including the protagonist's family. More on this as additional information becomes available.
=======================================
Whomever succeeds Donald Trump as President, either this year or in 2024, should consider walking away from social media upon taking office.

Trump threw another Twantrum today, threatening to sue former special prosecutor Robert Mueller, and the other prosecutors who investigated the 2016 election.

This coming after Trump was shredded for awarding the Presidential Medal of Freedom to radio gasbag Rush Limbaugh, who is battling cancer. Limbaugh in turn shredded Democratic candidate Pete Buttigieg, the first openly gay Presidential candidate. On his yack-fest today, Limbaugh claimed that Trump told him to "never apologize" for his homophobic remarks toward Buttigieg.

Trump has also talked about pardoning former NYPD commissioner Bernard Kerik, and Michael Milken, who was convicted on charges of insider trading several years ago, and reportedly has commuted the sentence of former Illinois governor Rod Blagojevich, another friend. This surprises no one. Hopefully, he's also gifted them with something he should himself be carrying. Bibles.
=======================================
NBC has deep sixed former NHL player turned studio analyst Jeremy Roenick, who had been suspended. Roenick got himself in hot water for suggesting on air, supposedly, a threesome with his wife and studio anchor Kathryn Tappen. You'd think they'd learn by now.
======================================
Closer to home, a local eatery has been struggling just to get off the ground.

The Brunch House, which opened on Congress Street late in 2019, is only open six days a week (Monday-Saturday), but no hours are posted, and, passing by on a Saturday morning, the joint wasn't yet open past its scheduled 8 am open, from what the owner told me the last time I'd stopped in. Brunch House was briefly shuttered, along with the neighboring Olompia Grocery, back in the fall due to code violations, but with the grocery back open, Brunch House seems to have other issues.
Posted by hobbyfan at 4:07 PM 2 comments:

The CW has a lot invested in Lucy Hale.

Unlike the rest of Greg Berlanti's shows for the network, Katy Keene is being shot in New York, rather than Atlanta (Black Lightning) or Vancouver, British Columbia (everything else). The reason for that is Katy's choice of careers. She wants to pursue a career in fashion, as seen in the comics, starting off as a personal shopper for Lacy's department store (a parody of Macy's, of course).

The series is set five years after the events on Riverdale, although Ashleigh Murray moves over from the Wednesday night series to reprise as singer-songwriter Josie McCoy. Some of the more familiar supporting characters from Josie & The Pussycats will turn up here, including Alex & Alexandra Cabot. If you're a Riverdale fan wondering why Ginger Lopez hadn't been used on that series, well, there's a reason for that. Seems showrunner Roberto Aguirre-Sacasa decided that Ginger would be rebooted as a male, Jorge Lopez. It happens, folks.

The vibe I get is that, career goals aside, with the series set in New York, Hale'd be better off angling for a remake of Marlo Thomas' seminal 60's sitcom, That Girl.

The early returns on Katy Keene, which has replaced the outgoing Supernatural on Thursdays, haven't been very good, ratings wise. However, CW is committed to at least two seasons (26 episodes). It will find its audience, but on a different night.

Labels: On the Air

40 years ago, come Saturday, February 22, the United States did the impossible.

The media dubbed it, the Miracle on Ice. It was adapted into the feature film, "Miracle", with Kurt Russell as Team USA coach Herb Brooks, more than two decades later. The fans attending the game in Lake Placid during the 1980 Winter Olympics, and millions more watching at home, went bananas.

But, bear in mind, this was the semi-finals. The Gold medal game took place two days later vs. Finland. Russia's domination in hockey was brought to a halt.

Al Michaels called the game with Ken Dryden, back then known for his exploits as a goaltender for the NHL's Montreal Canadiens.

Many of the players on Team USA, and Coach Brooks, would later move on to the NHL. After the Cold War ended, several Russian players would emigrate to the US to play NHL hockey as well.
Posted by hobbyfan at 9:09 AM 2 comments: