Citizen Pampers tries to start a new social media venture. It's failing, and GOPers are whining about Facebook.......

Former president Donald Trump decided to do an end-around on his ban from Twitter and start his own social media platform, which, according to early returns, is another failure in a series of many.

As if that wasn't enough humiliation, some of Citizen Pampers' GOPer allies are trying to put the heat on Facebook CEO Mark Zuckerberg to reinstated Trump's account there. The company's oversight committee decided to keep Trump banned from the platform for at least another six months, after which there will be a review.
Trump's predictable reaction, echoed by the GOPers: 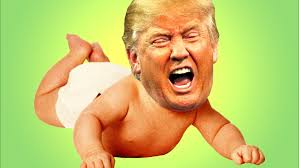 "WAAAAAAHHH! WAAAAAAHHH! WAAAAAHHH!"
What the GOPers fail to comprehend is that Trump abused his privileges on both Facebook & Twitter by spreading nothing but lies about the 2020 election. He refuses to accept the fact he got his butt whooped more than six months ago, and America's Oldest Baby is not going away until he's forced off the front pages after various investigations into his alleged frauds as a businessman. We reached out to one of his various associates: 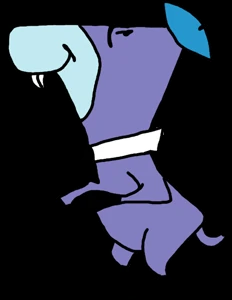 Dude is desperately trying to stay relevant. I'd almost feel sorry for the pathetic jackass is he didn't nearly burn this country to the ground and embolden white nationalists to be even bigger a-holes than they already are.

What's worse is that the GOPer loyalists are bending over backwards to appease the man-baby. They need to let it go, once and for all.