The stupidity of Republicans on display

One of my high school teachers often declared, "stupidity runs rampant", on days when her class wasn't exactly on point.

Republicans are like that on a regular basis, no more so than Georgia misrepresentative Empty-G (Marjorie Taylor Greene), who now aspires to be the next Norm Crosby after co-opting the late comedian's penchant for malaprops. 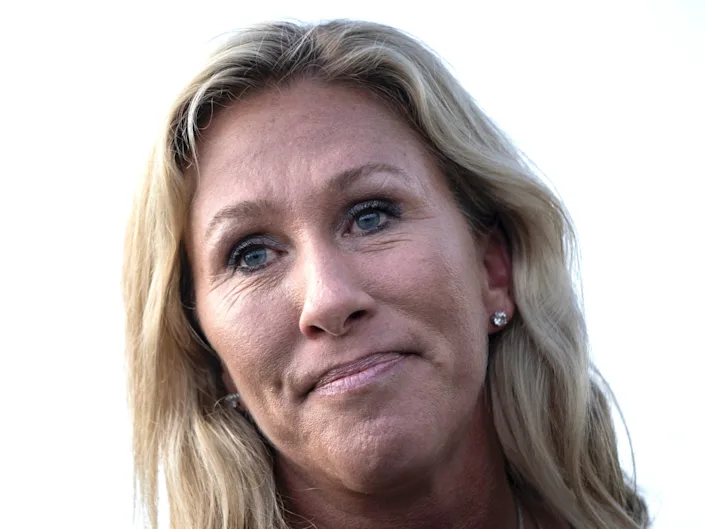 Not exactly a class valedectorian, eh? Nope. Not even close.
Greene is now claiming the government wants to know what you're eating, and somehow tying this to millionaire Bill Gates and "peach tree dishes" (I think she means petri dishes). As usual, Empty-G has no evidence to support her claims. Methinks she's been in the sun too long.
========================================
Chronic idiot Donald Trump, Jr. went on a viral rant the other day, claiming that Uvalde shooter Salvadore Ramos could've just as easily killed the same 21 people he shot on May 24 with a baseball bat. Apparently, Dumb Donald II spent way too much time toking before ranting. If this isn't enough evidence that he is in fact on some sort of drug, what is?
=========================================
In Arizona, openly transphobic/homophobic Ethan Schmidt has publicly stated his mission in June is to track any LGBTQAI+ person, for whatever. The police will say thanks, Ethan, when they pick you up, and send you to the nearest psychiatric hospital.
=========================================
One last note on Empty-G. She & Arizona's Goofy Gosar are both pushing the falsehood that Ramos is transgender. Ignoring the reasons why this kid went off like he did isn't solving the problem, but making the situation worse than it already is.
Greene, Gosar, Schmidt, and Trump all get Dunce Caps.
Posted by hobbyfan at 3:31 PM