What has become of the American Way? DC changes Superman's credo

It was news nearly a week ago at DC Fandome 2021 when publisher Jim Lee announced that the company was making another change with the Superman brand.

Five days after revealing that the Man of Steel's son, Jonathan, was coming out as bi-sexual, DC decided that the elder Superman's tagline, his credo, if you will, would no longer be "truth, justice, and the American way", but, rather, "truth, justice, & a better tomorrow". 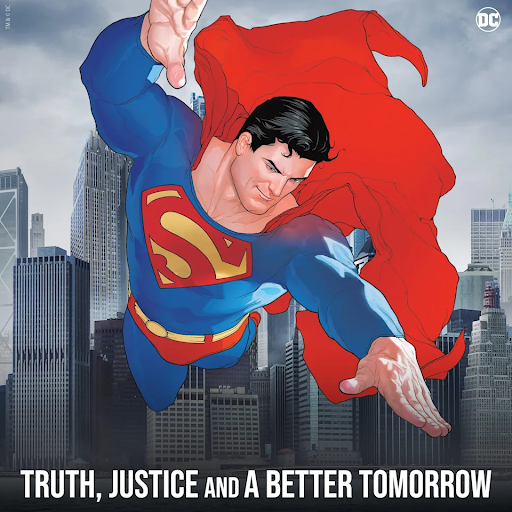 It's easy to understand why the change was made, and needed.

For four of those years, our commander-in-chief was a petulant, 70-something man-child, whose carefully constructed public image was destroyed by his own thin-skinned temper tantrums on social media, and his intentional mishandling of the COVID pandemic.

The Capitol was under siege in January by a group of brainwashed citizens who bought into the lies of the outgoing president and right wing media.

In short, the American Way, as we knew it, has been damaged, almost beyond repair. Substituting it with "a better tomorrow" offers optimism and hope.

Anyone that has followed Greg Berlanti's family of DC adventure series on the CW knows where he stands as far as real world politics are concerned. Apparently, Lee and DC share Berlanti's world view.

And, after all, Superman is known as the Man of Tomorrow, too.

Unsurprisingly, there are people who are butt-hurt over the change in one of the oldest catchphrases in comics, and the over-reactions are mostly from the right wing sheep, who just need to get over themselves. Deal with it, haters.