Weasel of The Week: Steve Bannon

Podcaster and former Trump adviser Steve Bannon was one of four men subpoenaed by the committee investigating the January 6 insurrection. Bannon has gone on record as saying he is refusing to answer, on the grounds that, via advice of one of Citizen Pampers' lawyers, he will be protected by Trump using executive privilege.

Uh, guess what, jackass? You got nothing.

It was reported earlier today that President Biden will not allow executive privilege to be used, meaning that Trump, Bannon, Kash Patel, "Easy" Mark Meadows, and Dan Scavino, are screwed. Scavino has gone into hiding. Good luck with that, moron. Bannon is going to find out real quick that he's not under executive privilege.

And the committee issued this: 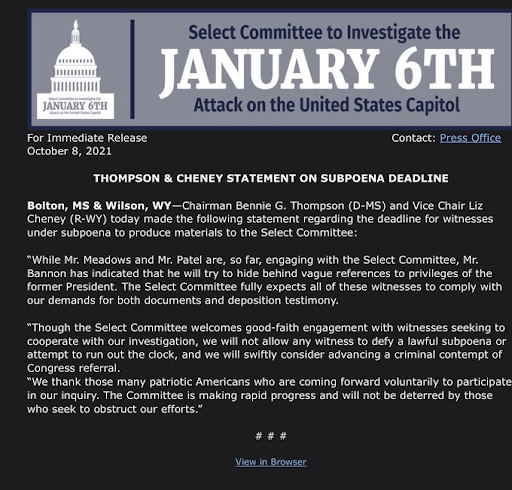 Considering that Bannon routinely has had fellow dimwits Empty G and Prince Pillow regularly appearing on his podcast, it surprises no one that he would refuse the subpoena. Bannon, who looks like a refugee from a bad horror movie, gets the Weasel ears for his arrogance. He will get served, and if he still wants to be a punk about it, Congress will nail him for contempt. Thanks for coming, jackass!
Posted by hobbyfan at 9:48 PM