Weasel of The Week: Care to take a guess?

It has been four days since a prop firearm intended for movie use, and, supposedly, containing blanks, actually had live ammunition, resulting in the death of cinematographer Halyna Hutchins. Alec Baldwin, the star and producer of "Rust", has expressed remorse, and reports are that he, and the crew member that gave him what was supposed to be a "cold gun", had no idea there was live ammo. 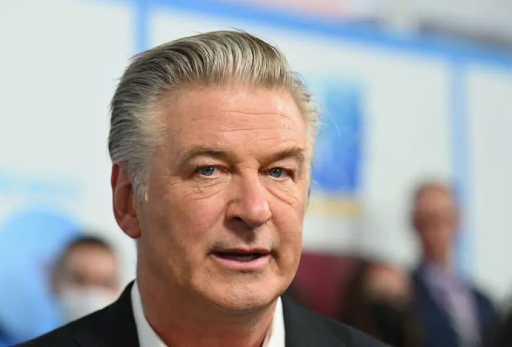 To the surprise of, well, no one, certain GOPers have decided to exploit the tragedy for their own amusement and political gain, targeting Baldwin, who had lampooned former president Donald Trump on Saturday Night Live the last few years. Rep. J. D. Vance went so far as to suggest that Twitter reinstate Trump, who lost his account earlier this year, so that he could castigate Baldwin.

"Rust" co-stars Jensen Ackles (The Boys, ex-Supernatural) and Frances Fisher have offered condolences to Hutchins' family, and also in support of Baldwin, who likely would do the noble thing and pick up the tab for the funeral. It would be the right thing to do.

Tragedy, however, is not an excuse to ambush a political enemy, though that has long been lost on the Trump family, as we were reminded again last week after Citizen Pampers castigated former Secretary of State Colin Powell upon Powell's passing. That said, Pampers, Jr. and Vance get Weasel ears this week for kicking an enemy when he's emotionally down.

It should be pointed out that Match Game, during Baldwin's tenure as host, has been a forum for poking fun at the Archduke of Affluenza, so expect that to continue when the series returns in 2022.