Much ado about very little

Current Jeopardy! champion Kelly Donohue is facing a firestorm of controversy over something as innocent as a simple hand gesture. 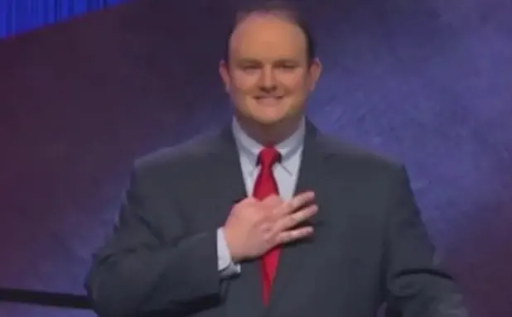 Photo courtesy of Facebook via Yahoo!
Donohue has been accused by more than 450 former contestants of using the above hand gesture, which supposedly represents a white supremacist group. Donohue, on the other hand, has said he is no fan of racists. After having won his first three games, when he was introduced by announcer Johnny Gilbert (no relation to ye scribe) on Tuesday, Donohue raised one finger at a time to symbolize how many games he'd won to that point.

Hindsight being what it is, Donohue might've been better served avoiding all the unnecessary drama by having his fingers point upward in a more positive light.

Of course, it helps that CNN's Anderson Cooper is the current moderator, so if there was any real drama, he'd have a first person account, which he might or might not have shared on his show, since Jeopardy! is taped in advance.

It's a slow news week. Mountains are being made out of molehills because people need something to complain about.