A butt-hurt football "fan" wants the Giants & Jets to play in New York, not New Jersey. He's asking too much money, though

There have been frivolous lawsuits before, and, trust me, there will be more of those as time goes on. However, this one takes the cake, frosting and all.

Consider, then, the case of Abdiell Suero of Greenwich Village, who is asking for----get this---$6 billion in damages while demanding that the Jests and the Giants play their home games in New York, and accuses the teams and the NFL of false advertising. The Giants have been playing outside the Big Apple since the mid-70's, spending a year or two at the Yale Bowl in Connecticut before the now-defunct Giants Stadium opened in 1976. The Jests left Shea Stadium, home of the Mets, 8 years later, to join the Giants. 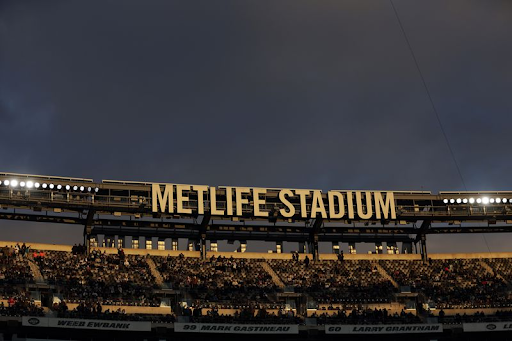 Apparently, Suero failed geography in school, otherwise he'd get a clue, and realize that New York, New Jersey, & Connecticut are commonly known as the Tri-State Area to downstaters. Three other NFL teams play their games outside of their stated home cities. The Dallas Cowboys, for example, have the Temple of Excess, aka AT & T Stadium, in Arlington. The Washington Generics, who will have a more formal team name next month, play in Landover, Maryland. The San Francisco 49ers play in Santa Clara.

If Suero has a problem with football teams "falsely advertising", he'd probably go cuckoo for Cocoa Puffs over basketball teams like the Golden State Warriors, who play their home games in Oakland, but opt to use the state nickname for California, likely for marketing purposes. The Washington Wizards, for years, when they were the Washington or Capital Bullets, used to play in Landover. Not sure if they still do. The Detroit Pistons, until Little Caesar's Arena was opened, played in the Detroit suburb of Auburn Hills.

Get the idea? These teams are looking more at expanding their geographical bases than living up to their actual billing. Oh, by the way. The Buffalo Bills play their home games in nearby Orchard Park, and experimented with games in, like, Toronto, eh?

As a rep for the Giants noted, the suit is, predictably, without merit, and Suero is looking for a quick payday to make up for spending a lot of money on travel, frustrated with all the losing since the Giants' last Super Bowl run 10 years ago. That's what it really boils down to. Anger & frustration make him an easy mark for a lawyer looking for his 15 minutes. I doubt we'll hear about this fool's folly again.