Weasel of The Week: Kanye West

We've heard all the rumors that rapper and fashion mogul Kanye West, aka Ye, may in fact be bi-polar. That does not excuse this self serving, and obviously jealous, Weasel's behavior of late.

You may have heard that after he was divorced from Kim Kardashian, West, who shares custody of their children, has had an axe to grind with Kim's new beau, actor-comedian Pete Davidson (Saturday Night Live, "The Suicide Squad"). He went so far as to cut a diss on Davidson on his new album, but it's now gone further down the rabbit hole. 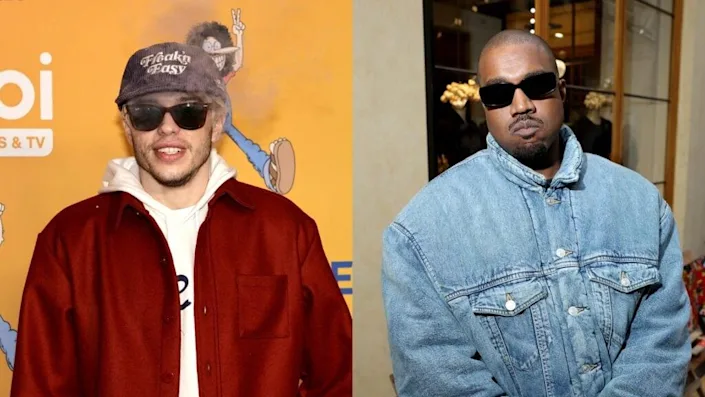 Reports are that West, according to mutual acquaintances of both him & Davidson, has been spreading rumors that Davidson has AIDS. It's not enough that West has a new steady of his own. He wants to make life miserable for his ex and her new man, just because he thinks he can get away with it.

Let me digress here. Back in the 80's, ye scribe had gotten out of a relationship that went south after 9 1/2 months. My ex had moved on, and there was a chance meeting between us and her then-beau on a bus ride one day. She made introductions, but the dude wasn't interested, so I walked away. She ditched the fella after less than a year, then dated a mutual friend of ours for a few years before dumping him, and reconnecting with me. We split again nearly five years later. Life and human nature are like that.

The way I've read this story, it portrays West as a control freak who thinks he can dictate his ex's personal life.

But, that ain't all.

The latest word is that West, who may or may not be vaccinated against COVID, could be barred from entering Australia on his concert tour, which is set to go Down Under in March. Maybe he should talk to Novak Dojokovic about that.

As you can already tell, West is this week's Weasel, largely because he can't handle a breakup very well.