For the first time, the Wild Card weekend will extend to three days, as Kansas City hosts Pittsburgh on Monday night. Prior to that, there will be the traditional Saturday doubleheader, followed by a tripleheader on Sunday, as NBC will have a primetime game, which will be also streaming on the network's website and on Peacock. 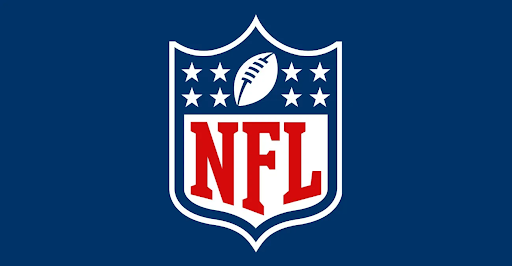 If you're looking for a bookie to take bets on this weekend's games, keep in mind that nothing is truly certain this time of year, or, in the words of the late wrestler-actor Roddy Piper,

"When you think you've got all the answers, I change the questions!"

Las Vegas @ Cincinnati: The Bengals may be without 2nd year QB Joe Burrow, and that will prove costly.

The pick: Las Vegas, which will play Tennessee in the divisional round.

New England @ Buffalo: The last time the Patriots visited Orchard Park, they ran the Bills outta the yard. Conditions may actually be worse this time, but Buffalo, having won at Foxborough, has figured out how to counter New England's game plans. Rookie QB Mac Jones might not throw much this time, either, but he'll be running for his life against a rejuvenated Bills defense.

The pick: Buffalo. Care to guess who's next for the Bills?

Philadelphia @ Tampa Bay. Tom Brady's been prone to interceptions lately, more than ever. If the Eagles can capitalize on that, they can keep the game close. Antonio Brown's gone, but Brady still has OJ Howard, Mike Jones, & Rob Gronkowski.

The pick: Tampa Bay. You know "TB12" and Gronk's Madison Avenue friends will try to protect them again.

San Francisco @ Dallas: The Cowboys, regardless of who is at QB, tend to fold in the postseason. San Francisco reminded people that they're still a contender in beating the Rams last week. Care to guess what Dak Prescott's sleep number will be this week?

The pick: San Francisco, which then gets fed to Tampa Bay because, well, ratings.

Arizona @ Los Angeles: As with the Bills & Patriots, these divisional rivals meet for the 3rd time this season. Arizona backpedaled into the playoffs after a late season collapse. The Rams have to shake off the loss to the 49ers last week.

The pick: Los Angeles, which then finds the frozen tundra of Green Bay as their final destination.

Pittsburgh @ Kansas City: It's likely going to be Ben Roethlisberger's final game, as he has hinted at retiring instead of taking his skills elsewhere after the season. Oddsmakers, proving again how stupid they can be sometimes, installed the Chiefs as a 12 1/2 point favorite. If I were a betting man, I'd take the Steelers and the points. But I'm not, so......!

The pick: Kansas City, which then gets a rematch with Buffalo.