Yeah, this guy is nuts: Lin Wood is getting his cases mixed up

Not too long ago, Georgia ambulance chaser L. Lin Wood (the first L, you can imagine, stands for Looney) claimed that he was on the verge of being disbarred if he didn't submit to a psychiatric evaluation. 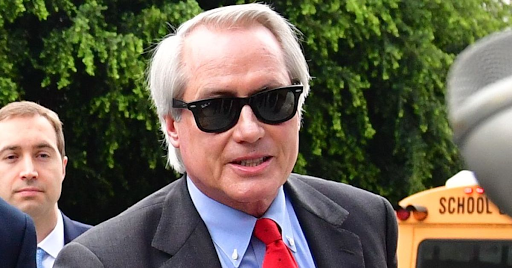 Now, Woodchips is involved in a defamation suit against MSNBC anchor Joy Reid dating back nearly 3 full years, but uses the opportunity to get in front of a camera on Thursday to accuse former Vice President Mike Pence and Chief Justice John Roberts of being traitors. He claims to have evidence to this point. The brief was filed, actually on Tuesday, but we're only finding out about this three days later. Ehh.

In return, Reid's attorney, John Reichman, is calling for the revocation of Wood's Pro Hac Vice (This Occasion Only) status. The case, by the way, is being tried in New York instead of Georgia.

So why is Woodchips making these claims about two men not connected to the case at hand? Because he wants to get the attention of former president Donald Trump.

We ventured to get a comment from one of Woodchips' closest friends: 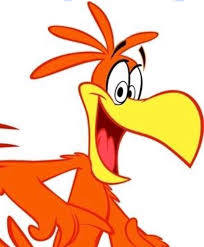 Woodchips is putting his career further at risk by recklessly continuing to make false accusations. We've heard it all before from the sycophants associated with Trump. They had evidence of voter fraud, but wouldn't show what they had. Woodchips claims to have evidence, but this is another case of deflecting from the truth. That is to say, Pence & Roberts don't answer to Trump, and instead did what was best for the country, not a 70-something man-child with psych issues of his own.

The lawsuit against Reid is likely to be thrown out for lack of evidence, and whatever BS Woodchips is selling on Pence and Roberts isn't going anywhere except to the nearest dumpster. I hear Bellevue has plenty of rooms available for mentally disabled attorneys like Woodchips and Rudy Goofiani......