Weasel of The Week: Jim Jordan 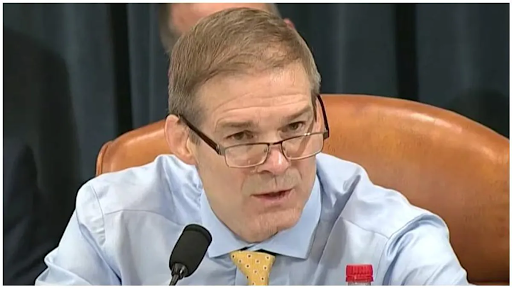 Wednesday, Jordan tweeted that former President Donald Trump was still the leader of the Republican Party.

As they used to say back in the day in Wistful Vista, Mr. Jordan, "T'ain't funny, McGee!".

The GOPers loyal to Citizen Pampers can't seem to see the exit sign to their real-life twilight zone, and predictably, Jordan got roasted on Twitter. Keep in mind, too, that Jordan formerly was a wrestling coach at Ohio State, until that program was mired in scandal over allegations of sexual abuse. Somehow, he has been elected to Congress, where all he's done is declare his loyalty to another alleged deviant in Trump. And the GOP claims to support family values??

For continuing to support America's Oldest Baby, and declaring him to be the head GOPer, Jordan gets the Weasel ears this week. I wonder if Wistful Vista was actually in Ohio......!