On Tuesday, a group of anti-mask protesters marched into a Target store in Fort Lauderdale, playing Twisted Sister's "We're Not Gonna Take It" as they marched, calling for customers to remove their protective masks. 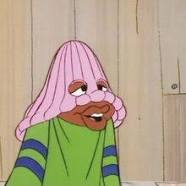 "Is it just me, or do they want to get sick?"
You ain't alone, dude. These people think that just because an infant doesn't have to wear a mask, they don't have to, either, ignorant of the fact that the virus is still a serious threat, especially in Florida.
This won't come as a surprise, but Twisted Sister frontman Dee Snider isn't thrilled with his iconic song being used this way. He bashed the anti-maskers on social media as "morons".
As far as the rules regarding the masks are concerned, it was decreed here in New York that children 2 and up would wear the masks. The only reason you don't wear a mask is because of a pre-existing medical condition. Our Dunce Cap winners are doing this because they think wearing masks violates their Constitutional rights. No, they don't. It's just another example of how fear and paranoia reduces people's minds to jelly because they can't be bothered to comprehend the situation as it really is. And if these people end up getting sick, that's on them. Period.
Posted by hobbyfan at 6:51 PM

Why do some people make such a big deal about having to wear a piece of cloth on their face for a few minutes? If these clods came marching towards me and I had some pepper spray on me, guess what I'd do! The Target employees should have just said "Our store, our rules! Go shop someplace else if you don't like it!".

The virus doesn't care if you believe in it or not. Just wear a damn mask, people, and shut the smeg up!

Seconded. I get so tired of these people throwing tantrums like freaking babies who've pooped their diapers just for having to take precautions to keep others around them safe. Just wear the the flipping mask where and when you're required to, it's not hard.

And before someone decides to pop in with some whack-bag conspiracy theory about how the virus isn't real or how masks don't help or yada yada yada...don't. Seriously. Do. Not. I'm not in the mood and I don't want to hear it. Our uncle and aunt both have this thing, and it's kicking their tails, so I don't want to hear any stupid tinfoil hat stories.

That's not important anymore, it's not political anymore, and it never should have been. I don't give two squats where this virus came from, or who made it. All that's important now is what we have to do now that it's on our doorstep. You may not think masks help, but denying the virus' existence or whining about "MUH FREEDUMBS!" helps even less.

Seems there's a lot of ignorant folks down in Florida. They choose to be that way because they're already following the herd mentality of President Pecos Pampers. Weird Al was right. You can dare to be stupid, and that's what they're doing.