Once upon a time, he was a champion of New York City.
Today, Rudolph Giuliani is a babbling, out of touch idiot.
I'm pretty sure even some Republicans cringe whenever the 76 year old former mayor of NYC appears on television, as he did on Fox & Friends, frightening even the show's three anchors with baseless claims that Democratic Presidential candidate Joe Biden has dementia. It is not helping that Giuliani, along with former New Jersey governor Chris "Jersey Fats" Christie, have reportedly been coaching President Trump for tonight's debate in Cleveland. And Christie looks the most healthy of the three!
Trump, who is two years Giuliani's junior, and three years younger than Biden, has traded on the claims that Biden has had some cognitive issues. Trump & Giuliani should be looking in the mirror before going public with such claims again, because, well, neither one of them can pass themselves off as a Rhodes scholar any more than they think Biden could.
Deflection much?
Bear in mind that tonight's moderator is Fox's Chris Wallace, a second generation investigative reporter who will not put up with Trump's garbage, as we've already seen, but he won't give Biden a pass, either.
Every time Giuliani appears somewhere on cable, be it Fox Shmooze, CNN, or ABC, change the channel before you go insane!
That having been said, after seeing the once vigilant "America's Mayor" reduced to a gibbering dolt, it's no wonder we bestow upon him a Dunce Cap. 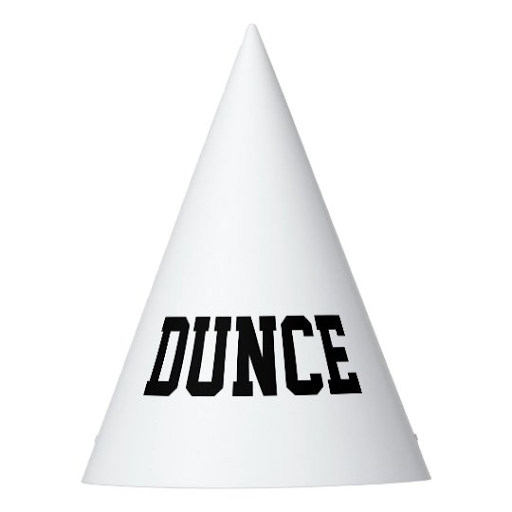 They say people who live in glass houses shouldn't throw stones. Apparently, Team Trump ignores that philosophy, too.....
Posted by hobbyfan at 1:57 PM