Occasionally, a baseball umpire catches a foul ball upside the head while behind the plate. Until last night, I hadn't seen an ump get beaned on the field by a thrown ball from an infielder.

The case in question is the Mets-Cardinals game. Close Call Sports breaks down what happened to umpire Junior Valentine:

To his credit, Valentine stayed in the game, manning his position at first base. We'll know before first pitch tonight if he's able to work behind the plate.
Oh, by the way, St. Louis won the game, 7-0.
================================
Marjorie Taylor Greene is never going to learn. Attacking Alexandria Ocasio-Cortez is asking for trouble. 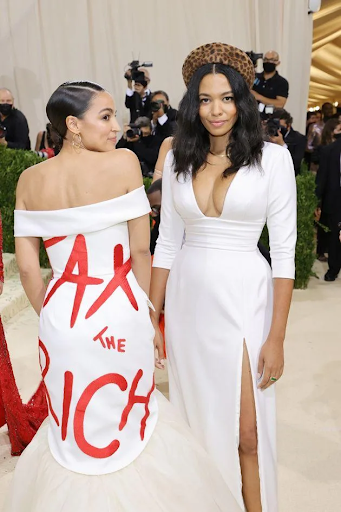 AOC, on the left, wore her "Tax The Rich" gown at the Met Gala Monday. Her "fashion statement", though, wasn't as unique as you'd think, as Empty-G helpfully pointed out, citing singer Joy Villa, a Trump supporter (of course), who wore a MAGA dress at the 2017 Grammys, then followed up with a "Build The Wall" dress at the same event two years later.
But, as Twitter critics noted, AOC wore hers better. One critic on Twitter pulled up a picture of Empty-G in something more akin to an iconic cartoon franchise: 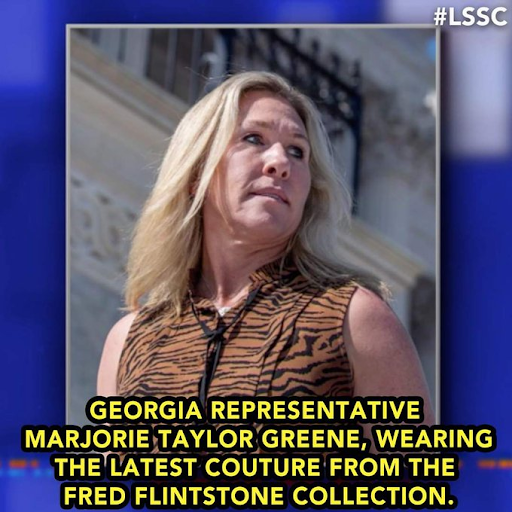 If you're trying out for a remake of Fashion Police, Marjorie, it ain't working. Worse, Joan Rivers is turning over in her grave.
When are you going to learn? You don't mess with Alex From The Block!!
=====================================
Actor Michael Rapaport took a chance on sniping at AOC, too, and, oh, is he going to pay.
Rapaport whined that AOC, being a politician, should be working as a public servant. While that's technically true, she's entitled to attend events like the Met Gala.
Rapaport is just jealous that, yeah, AOC is a hottie. Hotter than anyone Rapaport's ever dated (twice divorced). Deal with it, Michael, and wonder why you haven't landed another series gig since The War at Home was cancelled by Fox.
Posted by hobbyfan at 10:53 AM