Everyone seems to think the road to the Super Bowl will run through Tampa Bay. But, as ESPN's Lee Corso is wont to remind, not so fast, my friends.

Let's take a look at the NFC. 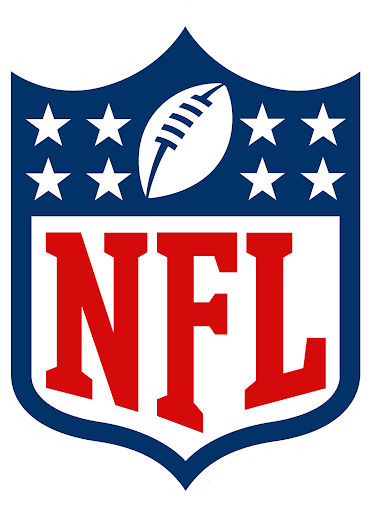 Since Napoleon Snyder decided to make his team's name as plain as possible for a 2nd season after winning the division last year, we've decided to christen them the Washington Generics. However, there's no way they can win the division again. Sure, they had the only win in the division during the pre-season, but things could start changing quickly. The Giants couldn't close out the Jets or the Patriots. It's a mental problem for Big Blue, as they're waiting for Saquon Barkley to return from injury. Wayne Gallman was let go, and the former Clemson standout landed in Atlanta after being cut by San Francisco earlier this week. Apparently, talent evaluation is not a priority.

The big news in Dallas is, of course, the return of Dak Prescott. Andy Dalton left for Chicago, but this may be Prescott's last chance in Big D. Now that he's the starter in Philadelphia, Jalen Hurts will hope to recapture his mojo from his one season at Oklahoma in 2019.

1. Philadelphia.
2. Washington.
3. Dallas.
4. Giants.
NFC North:
Green Bay is keeping Aaron Rodgers around for another season, but his would be successor, Jordan Love, didn't impress in the pre-season. Randall Cobb has returned to cheesehead country, which should help Rodgers immensely. As noted, Andy Dalton is in Chicago, but he'll be mentoring rookie Justin Fields (Ohio State), already a crowd favorite. The Bears still have a solid ground game, and a stout defense, despite rumors that Las Vegas wanted to get lineman Khalil Mack back. Detroit is hoping a change of scenery will help Jared Goff (Los Angeles) after sending Matthew Stafford west in the off-season. Minnesota needs a full, healthy season from Dalvin Cook to stay in the playoff conversation.
Projected order of finish:
1. Chicago.
2. Green Bay.
3. Detroit.
3 (tie). Minnesota.
NFC South:
Tampa Bay begins defense of its Super Bowl title in six days vs. Dallas. Tom Brady might have the benefit of the league's power brokers to get to the playoffs most years, but it got out after the Super Bowl that he was playing with a sprained ligament in his knee the entire 2020-1 season. So now they want to recast him as a trouper. What it means is that time is trying to convince him to hang it up before he turns 45. Drew Brees retired, and signed with NBC, so New Orleans will go with Jameis Winston and Taysom Hill at QB, but they'll play their home opener in Jacksonville due to Hurricane Ida. Sixteen years after Katrina, so it's deja vu for Sean Payton and the Saints. Carolina picked up QB's Sam Darnold & James Morgan (Jets) in separate deals, but Darnold is all but washed up already. Dare we think the same applies to Matt Ryan in Atlanta? Ryan, entering his 14th season, all with the Falcons, can now hand the ball to Wayne Gallman (Giants/Niners), which should perk up the running game. Emphasize "should".
Projected order of finish:
1. Tampa Bay.
2. New Orleans.
3. Atlanta.
4. Carolina.
NFC West:
With Matthew Stafford coming over from Detroit, the Rams might just be players for the division title again. As long as Aaron Donald anchors the defense, they'll be fine. San Francisco needs to retool its defense with coordinator Robert Saleh gone (Jets). The road to the division, however, will run through Seattle. Again. If Russell Wilson can convince team brass to let his wife, Ciara, sing the national anthem before every home game, it might mean extra motivation. Arizona decided to let Larry Fitzgerald test the free agent market. He hasn't gotten any takers as of press time. Last year will be treated as an aberration as a result.
Projected order of finish:
1. Seattle.
2. San Francisco.
3. Los Angeles.
4. Arizona.
Of course, I could be wrong.