On The Shelf: Celebrating Batman Day 2021

Last Saturday was Batman Day at comics shops, and some libraries, around the country. DC had a trio of specials to mark the occasion. 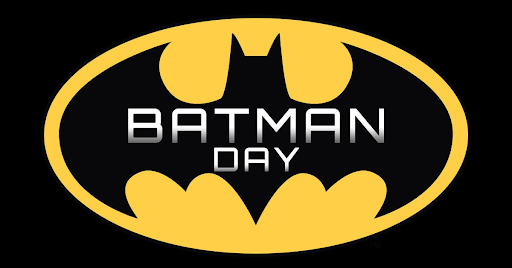 Batman-Fortnite: Zero Point reprints the first issue of the recent miniseries. If you're into Fortnite, and I know there are a lot of you, this would be a case of testing the waters for a possible spin-off series based more on the game itself, instead of integrating into the DCU. I like the artwork, but the combined efforts of comics & TV vet Christos Gage and Fortnite's Donald Mustard leaves me reaching for the Tums. There was a reason I wasn't interested in this when it came out earlier in the year.

Batman: Knightwatch, which was also released earlier in the year, looks like a pilot for another Bat-book, as if DC needs another. Here, the Dark Knight and Batgirl (Barbara Gordon) use networking to help trap Clayface. Yes, this is out of continuity, as Clayface became a hero a few years ago. Knightwatch is the new Bat-network that DC is trying out, but it is uncertain if it'll become canon. Wouldn't mind if it did, now that Alfred has been killed off----for now.

Batman: The World previews a hardcover graphic novel showcasing the talents of artists from around the world, and how they interpret the Caped Crusader. From the same team (Brian Azzarello & Lee Bermejo) that kickstarted the Black Label line with the controversial Batman: Damned a couple of years back, plus talent from Germany & South Korea. I think. Worth the investment for hardcore Bat-fans.

Rating: A.
=================================
Halfway through, The Batman & Scooby-Doo Mysteries hit its first speed bump, only because co-writer Sholly Fisch just had to do a story based on A Pup Named Scooby-Doo, which aired on ABC from 1988-91, and try to establish this as an early meeting between the Mystery Inc. gang and a pre-Batman Bruce Wayne, though they wouldn't know that. Fisch, who has been alternating with Ivan Cohen, figured to cover as much of Scooby's history as possible in the 12 issue series, but this was not a good idea by any stretch. I'd sooner have Daphne cosplaying as Batgirl.
Rating: C--.
===================================
We were remiss in not discussing a recent bad acquisition last time, so we'll cover it this time.
A few years ago, Marvel tried out a different take on Blade, as seen through the creative eyes of comics & TV writer-producer Marc "Crazy" Guggenheim (ex-Arrow) and artist Howard Chaykin.
"Undead Again", however, just leaves me cold. Chaykin's detailed style is not a match for Blade, and I don't think they've done a sequel.
Rating: C--.
====================================
Fans of Harley Quinn, waiting for season 3 to drop on HBO Max, now have something to tie them over.
Subtitled, The Eat, Bang, & Kill Tour, this six issue miniseries picks up where season 2 left off, with Harley and BFF-turned-girlfriend Poison Ivy on the run from Gotham Police commissioner Jim Gordon, who's going all Lt. Gerard (for you Fugitive fans), trying to put Harley back behind bars. It's fan-service for internet shippers who've been craving a more sexual relationship between two of Batman's sexiest enemies (after Catwoman, of course) ever since they met on Batman: The Animated Series nearly 30 years ago. The artwork isn't up to the lofty standards of the show itself or any DCAU book, and definitely not safe for kids.
In fact, one problem people have is why it's not a Black Label book, as it's designated for ages 17-up. The small print will evade the eyes of small children, and then their parents are likely to have a herd of cows. Fortunately, there's no nudity, which would ensured it was a Black Label book, but the language, on the other hand, isn't censored. What they're looking for is to capture the full essence of the TV show in print. Good idea, but it should be kept out of the reach of children.
Rating: A.
======================================
If you've been craving a Teen Titans story with a distinct 80's bent, then Titans United would be your cup of tea, even though the current iteration of Raven is being used here. Like Harley Quinn, this is being used to help sell readers on the just-started 3rd season of Titans on HBO Max. This, however, takes me back to the 80's in a good way. And, yes, Beast Boy is also being used as he is now, with more animalistic facial features, and he's Raven's boyfriend.
Rating: A.
Posted by hobbyfan at 8:00 AM