It's official: First Take has jumped the shark

On Wednesday, Max Kellerman ended a 5 year run as co-host of ESPN's First Take. Rather than find a singular replacement for Kellerman, who picks up a solo series in the afternoon on ESPN to complement Max on Boxing on ESPN2, and joins Jay Williams and Keyshawn Johnson on their ESPN Radio morning show (heard locally on WTMM), ESPN suits catered to the growing ego of Stephen A. Smith, opting for a potpurri of co-hosts.

Sources say that behind the scenes, Smith wasn't too fond of Kellerman, thinking they did not mesh well together. Well, of course. Max is more knowledgeable about, say for example, boxing, which he has done commentary for on ESPN & HBO in his career. Stephen wouldn't know a right jab from a right cross or the Red Cross. Smith, who was a basketball beat reporter when he came to ESPN in the first place, is now the network's highest paid personality, sports' answer to Fox Shmooze's Tabloid Carlson. His elocution sometimes borders on a homage or a bad mimic of the late Howard Cosell, a former lawyer who swapped legal briefs for a microphone and an ABC blazer.

As for who has the daunting task of succeeding Kellerman?

Michael Irvin, the former Dallas Cowboys star, moves over from NFL Network, where he was a studio analyst the last few years, and will dicker with Smith on Mondays.

On Fridays, Smith had better bring his Bible. Tim Tebow slides over from SEC Network after his failed comeback in Jacksonville with the Jaguars. Remember, football is another sport that Smith has repeatedly demonstrated a lack of smarts in, and he's getting bombarded by these bookends. 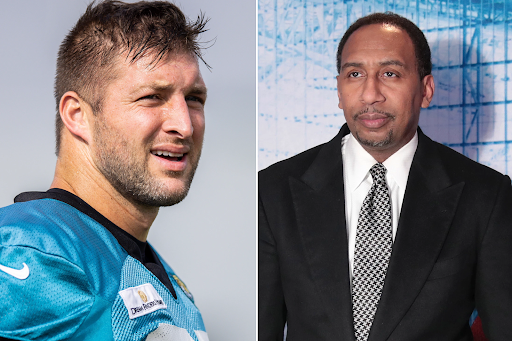 Image courtesy New York Post.
In between, ESPN's Mina Kimes and former NBA star Kendrick Perkins are among the candidates to fill the void Tuesday-Thursday, as is ex-NFL lineman Damian Woody, who ESPN heisted from SNY a ways back after he retired from the Jets.

We attempted to get a statement from Smith's agent: 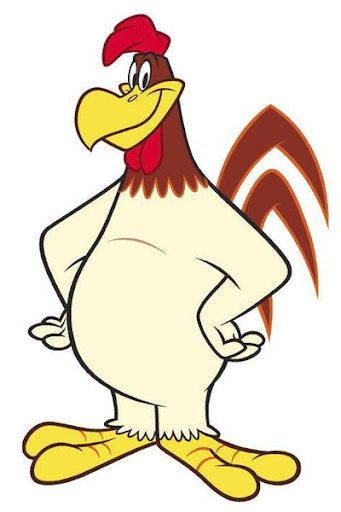 "Now, I say, now Stephen's going to be a true team player going forward. From now on, that is!"
I'll believe it when I see it.

The decision to remove Kellerman speaks to ESPN suits placating Smith, whose controversial comments on various subjects (especially the ones he knows nothing about) drive the ratings. They want controversy, and found Kellerman to be a little too bland, even though he's the more experienced "broadcast journalist", to use a phrase coined by the late wrestling personality Bobby Heenan.

Let's see how long it takes before Screamin' A. Cosell starts whining again, and gets either Irvin, Tebow, or, say, Woody, dumped. The clock is ticking.