He claims he's not insane. So why is Lin Wood calling for Mike Pence's arrest & execution?

Earlier this week, we told you how Lin Wood, ambulance chasing shyster in service to America's Oldest Baby, wanted Georgia Republican Senators Kelly Loeffler & David Perdue, up for election on Tuesday, arrested. Five days later, Wood now is calling for Vice President Mike Pence to be not only arrested, but executed as well, all because Pence isn't willing to play along with Screwy Louie Gohmert's rebellious plot to flip the presidential election. 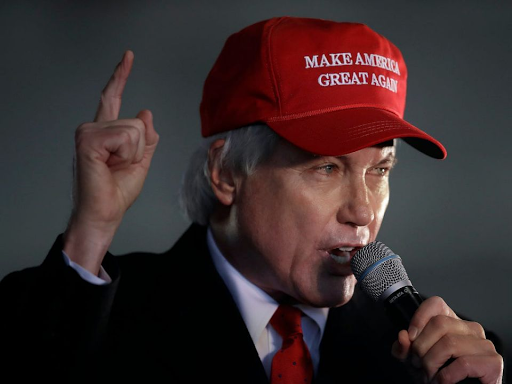 File photo taken 12/2/20.
Wood has claimed to reporters that he isn't insane. However, such denial, amidst these charges, suggests that, yes, he is missing a few screws in his skull, just like Gohmert, Ted Cruz, Josh Hawley, and the rest of the remaining sycophants trying to appease President Trump's brainwashed base.

Wood and the rest of these imbeciles don't have shred one of proof of any kind of voter fraud perpetuated against Trump. It's one massive fever dream to soothe Trump's damaged ego. Trump, they say, had long been conditioned to believe he could never lose because of his silver spoon upbringing. However, Trump, 74, has shown signs of going completely cuckoo as well. These are not good times for the GOP.

Regardless of how many challenges are being called for ahead of a joint session of Congress come Wednesday, it's really nothing more than smoke & mirrors. Joe Biden is our next President, and there's little that these rebellious Republicans can do about it. They whine & cry like defeated children who can't accept defeat like the rational adults they're supposed to be.

Wood, just like fellow shysters Rudy Goofiani and Silly Sidney Powell, should be disbarred once this case gets tossed in the incincerator where it belongs.