Weasel of The Week: Tabloid Carlson

Earlier this week, I'd bestowed the dreaded Weasel ears on outgoing Georgia Senator Kelly Loeffler because she copied President Trump's strategy of refusing to concede defeat. By Thursday, Loeffler was singing a different tune, so we are, for the first time, rescinding a Weasel of The Week award.

Yes, Ms. Loeffler finally conceded defeat. I wish this next clown would concede to a reality check.

Fox Shmooze's Tabloid Carlson was at it again Friday, falsely claiming CNN is looking to shut down his network. 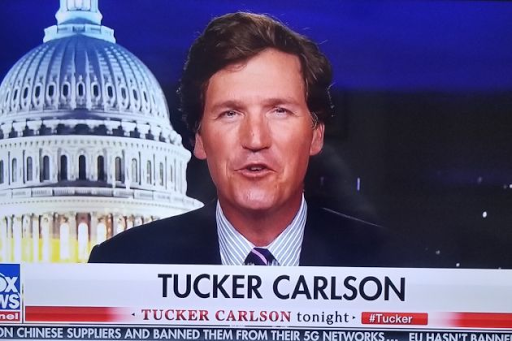 However, CNN's Oliver Darcy tossed Tabloid's claims right where they belong, in the garbage.

Darcy pointed out that the six cable systems that Carlson claimed CNN had been in contact with to dump Fox Shmooze also carry Fox Shmooze's wanna-be competitors, Newsmax and One America News Network, the latter of which is not carried by Spectrum Cable, which added Newsmax in 2019 as a premium channel. And, lest we forget, there's also News Nation, which takes up the primetime hours on WGN America (Spectrum Cable channel 125), which also aspires to be a Fox Shmooze wanna-be.

What Carlson is doing, friends, is what conservative con men do best. Deflect.

Fox Shmooze is bleeding viewers in the wake of Trump's loss to Joe Biden two months ago, all because they called Arizona for Biden before it was official. They're still trying to continue the false narratives driven by the Trump Circus, but, come January 20, it's going to be a different story.

Fox Shmooze isn't "fair & balanced", which was their slogan a while ago. In order to compete with the other news networks, however, they have to be once more. The first step in that direction is to get rid of Tabloid Carlson and the rest of the idiot squad. In the case of Carlson, who picks up the Weasel ears, I hear they're hiring at the National Enquirer.