"You can learn a lot from a dummy!"--National Safety Council slogan.

It's pretty clear certain GOPers binged on stupid pills on Thursday. To wit:

After the Trump Organization and its Chief Financial Officer, Allan Weisselberg, were indicted on tax fraud charges, Stupid-E (Eric Trump) & Dumb Donald II (Donald Trump, Jr.), whined and cried like the affluenza-addled trust fund babies they've always been, claiming that this was politically motivated. Yeah, keep talking smack, guys. If or when Weisselberg flips on you twits and your pop, everyone's going to be laughing at you.

Of course, Dumb Donald II had to go on Fox Shmooze and whine publicly, which was covered in the New York Post. I get the idiots are trying to talk tough to avoid panic, but internally, they're so scared, they'd welcome Freddy Krueger over for dinner. Just sayin'.

Trust me on this. The Trump brothers are going down. And if that happens, there'll be a pool on how long it takes before Dumb Donald II is busted for cocaine possession. And how long before Screaming Kimi leaves him.

Meanwhile, Tabloid Carlson really went off the rails on his Fox Shmooze garbage hour on Thursday. While it's clear the GOPers are having one big cry over former first lady Melania Trump never meriting a cover of Vogue, Tabloid really went cuckoo for Cocoa Puffs, claiming that the current first lady, Dr. Jill Biden, merited a cover that was nothing more than "state sponsored propaganda".

Carlson's National Enquirer-worthy whining further illustrates the disconnect between the GOPers and reality. As I wrote months ago when Pecos Pampers himself complained about his wife not being on the cover, it all comes down to an editorial, non-partisan decision having nothing to do with politics, but you can't explain that to these delusional jackasses.

And the biggest jackass in the bunch? Kevin "The Body Snatcher" McCarthy. The House minority leader reportedly threatened fellow GOPers if they accepted a spot on a committee to investigate the January 6 riot at the Capitol. What are you so afraid of, Kevin? Wyoming Rep. Liz Cheney is the only GOPer on the committee because of McCarthy's grandstanding on behalf of Pecos Pampers, or, at least until Adam Kinzinger gets his golden ticket. 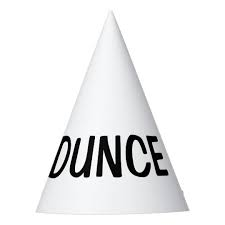 And, then, there are the subpoenas being issued to Mike Whinedell, Silly Sidney Powell, and Rudy Goofiani by Dominion Voting Systems as it relates to litigation against them and Fox Shmooze, more specifically, when the three blind mice went on various Fox Shmooze shows and perpetuated the big lie on behalf of Pecos Pampers.

In other words, dimwits, it's time to show your hand(s). You're being called out, and all out of collateral. The final fall will be spectacular in scope.