This is just too easy.

Certain members of the Repugnant Party insist on blaming China for the COVID-19 pandemic, when there is little or no evidence to support such claims. It was the Trump administration's intentional mishandling of the pandemic that cost Dumb Donald his re-election, and if he wanted credit for Operation Warp Speed, well, sorry, it was too little, too late in the game, bubbelah. America had already made its decision.

That brings us to Empty-G, aka Georgia peach-brain Marjorie Taylor Greene, who went on Steve Bannon's podcast, and, like the political Dumb Dora she is, she ranted that all Chinese, either native Chinese or Chinese-Americans, should be deported from the US. 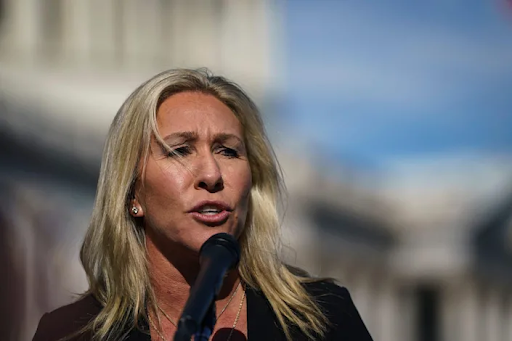 Photo courtesy Getty Images/Yahoo!
In this country, we're supposed to be ending racism & xenophobia, not enabling it, Dumb Dora. Yet, here you are, proving once again that your political IQ is about -10000 with this garbage. Sure, go ahead, let the whole world know you're a xenophobic, racist airhead who's making stupid remarks like this to deflect from the fact, as reported by Farron Cousins on Friday, that you and your BFF, DoorMatt Gaetz, are bleeding money on your self-serving "Save America First" tour, which is drawing more crickets than cash. You're going to places where people can't vote for you (i.e. California), and continuing to be a national embarrassment to women everywhere. Certain groups have disowned you and Lauren Bow-Wow of Colorado because between the two of you, there's only a split Milk-Bone biscuit for your brain cells.

That being said, Empty-G, we've got a little something for you: 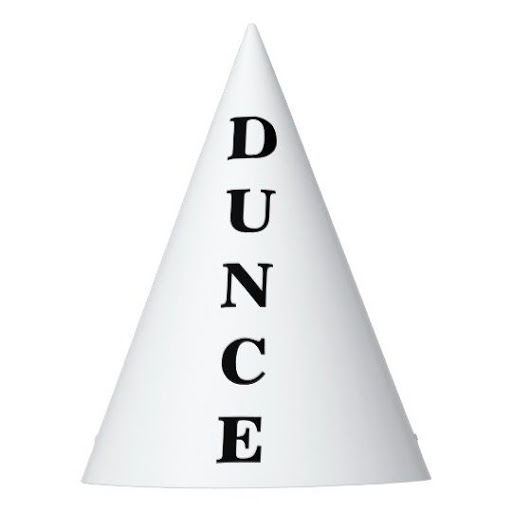 I think it'll look good on you.
Posted by hobbyfan at 9:38 AM