The balance of power in southern college football is shifting. Again.

When ye scribe was growing up, the University of Texas played in something called the Southwest Conference, and Oklahoma was a member of the Big 8 (now Big 12) Conference. The annual Red River Showdown between the two rivals, held every October, is one of college football's equivalents to Yankees-Red Sox in baseball.

Since 1996, when the Big 8 became the Big 12, the two schools played under the same roof, the marquee attractions for recruits. However, the Southeastern Conference (SEC) poached away two Big 12 schools in Missouri & Texas A & M after the 2011 season, just in time for the Aggies to introduce who they thought would be a future superstar in Johnny Manziel. However, Manziel was also a man-child who left school too early, and flamed out in the NFL after 2 seasons in Cleveland. The SEC's TV deals with CBS (football on Saturdays) and ESPN/ABC (everything else) made them the kings of college football.

So it surprises few observers outside of the south that the Longhorns and the Sooners would pull up stakes and leave the Big 12, sometime around 2025 when their media deals expire or sooner, for the SEC. Thus, the rich get richer, and the Big 12, which only has 10 teams for football to begin with, is faced with a contraction back to a Big 8 unless an "affiliated" school, such as, say for example Air Force, which otherwise is in the Mountain West, would switch as well.

Problem is, Kansas has initiated discussions with the larger-than-its-numbers Big 10 in the east about jumping, a move that would revive old Big 8 rivalries with Nebraska, which jumped a few years ago, but has been more of a weak sister in the Big 10, a fish out of water. 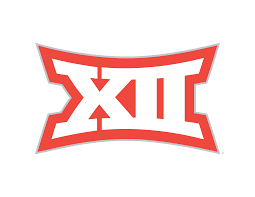 The motivation, of course, is money, and lots of it. The Big 12, as presently constituted, is dying. The SEC's political dominance is evident come playoff time, and the Big 12 is lucky to get an entry in the playoff, such as Oklahoma. They might as well rename the College Football Playoff as the SEC Invitational, since the league and its media partners are bent on fixing it so that an SEC school wins the playoff every year, with rare exceptions. They don't believe in, for example, Alabama fatigue.

However, the upside to Texas & Oklahoma in the SEC includes reviving old rivalries with Texas A & M and Missouri, as well as challenging Alabama for league supremacy.

The Southwest Conference died because the bigger leagues expanded with the help of TV money. Unless the Big 12 adds another marquee school in their region, perhaps poaching off the Pac-12, they're next to go, and the Power 5 would become the Power 4. You can't say I didn't warn you.