Suppose you schedule a rally, and no one wants to host?

California, like much of the West Coast, is being besieged with wildfires, just as they usually do this time of year. To that end, they don't want a two-person human nuclear storm hitting the Los Angeles area.

Empty-G (Marjorie Taylor Greene) and DoorMatt Gaetz planned on bringing their speaking tour to Southern California, but three venues in two weeks, including two in the last 24 hours, have decided not to take a chance on security risks, and cancelled the dimwitted duo and their brand of poisoned speech.

Just so you know this is legitimate, here is a message from an official in Anaheim. 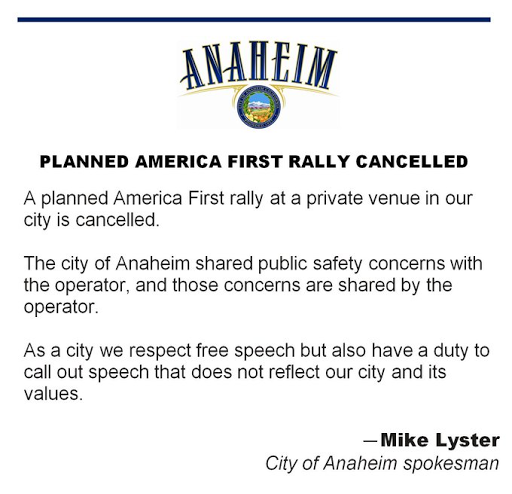 A more appropriate tour stop would be at a mental institution for Greene & Gaetz, the latter of whom can spend the time listening to Britney Spears albums. As long as he's strapped down.