President Biden dumps a Trump-appointee in charge of social security. You can guess the response

On Friday, President Joe Biden ordered the termination of Andrew Saul as the commissioner of the Social Security Administration after Saul had declined a request to resign from the position. His deputy had similarly been asked to step down, and quietly complied.

It's understandable that Biden wants to put his own people in place, as is common when control of the White House shifts back & forth between the Democratic Party and the GOPers. A Supreme Court ruling gives Biden that authority to make the change, but Saul, appointed by then-president Donald Trump in 2019, is refusing to leave, claiming he is "term-protected". 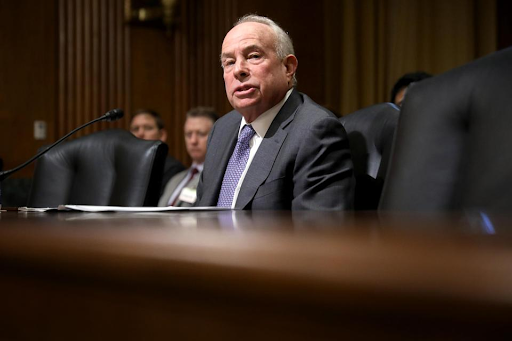 Photo courtesy of Yahoo!
Saul, obviously, didn't get the memo, but the reports of his undermining social security for seniors has a familiar stink to it. Saul, then, is just like Postmaster General Louis DeJoyless, who was similarly tasked last year with wrecking the postal service to appease America's Oldest Baby and help him win re-election by making absentee & general mail-in votes late.

Saul's term was to end in 2025, but because of what has been reported about his corrupting of social security, likely in the same capacity as DeJoyless, has proven costly. And, if this is any barometer, if I'm DeJoyless, I'd start looking over my shoulder, because I think changes will be made that will allow for him to be next to go.

You know what they say. You reap what you sow.