NFL training camps are opening this week, but some teams don't have key players due to the usual reasons (i.e. contract holdouts), such as the Jests, who've spoiled 1st year coach Robert Saleh's 1st camp by being unable to come to terms with 1st round draft pick Zach Wilson (Brigham Young).

Pre-season games start in about two weeks.
================================
With the baseball trading deadline at 4 pm (ET) today, teams are making deals, separating the haves from the have-nots. To wit:
The 2019 World Series champion Washington Nationals have waved the white flag in the NL East, for example, sending slugger Kyle Schwarber, whom they obtained from the Chicago Cubs in the off-season, to the Boston Red Sox for prospects. Washington also shipped speedy shortstop Trea Turner and ace pitcher Max Scherzer to the defending champion Los Angeles Dodgers, and closer Brad Hand, also acquired in the off-season (Cleveland), heads back to the American League, shipped off to the Toronto Blue Jays. Reliever Daniel Hudson goes to San Diego.
The Seattle Mariners, who lost reliever Hector Santiago for the season (PED suspension), acquired Diego Castillo from Tampa Bay after sending Kendall Graveman to Houston for sidewinder Joe Smith earlier in the week. The Cubs & White Sox made a deal, with reliever Ryan Tepera heading to the southside. The Dodgers also picked up pitcher Danny Duffy from Kansas City.
But the biggest splash, to little surprise, belongs to the Yankees. 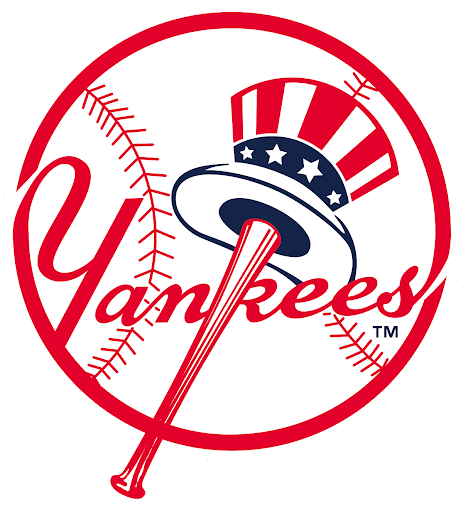 First, the Bombers acquired slugging outfielder Joey Gallo from Texas on Wednesday, then picked up 1st baseman Anthony Rizzo from the Cubs, which means Luke "AMF" Voit is on the trading block. What the Yankees need is offense from the left side to complement Giancarlo Stanton, Aaron Judge, and Gary Sanchez from the right side. New York sits in 3rd place in the AL East behind Boston & Tampa Bay. The Yankees also ended Justin Wilson's 2nd tour of duty in the Bronx (and New York in general as he came over from the Mets) by shipping him to Cincinnati earlier in the week, and the Mets could see Wilson as early as tonight.
But will the Mets make a move? We'll see.
======================================
With Simone Biles sitting out (mental health issues), Sunisa Lee stepped up to the plate, and delivered a gold medal for the US in the women's all-arounds in gymnastics on Thursday. There's still a chance that Biles could return for individual disciplines over the next week.
However, that wouldn't be enough to silence conservative media and certain political nannies who are butt-hurt over Biles' decision to protect her team due to her issues. Right wing whiners need something to complain about to avoid discussing the current investigation into the January 6 riot at the Capitol, if but because they know eventually, the investigation will uncover plenty of GOPer suspects with plenty to lose (like, for example, their careers). As a wire service article suggests, some of these critics probably wouldn't know the first thing about gymnastics.
What a surprise.
Posted by hobbyfan at 8:05 AM