It's gotten to the point where the Donald Trump-commissioned law firm of Dumb & Dumber (Rudy Giuliani & Sidney Powell), like their client, are getting called out by Fox Shmooze.

On Thursday, Tabloid Carlson turned on Powell, and said that he'd invited her to appear on his show, but she turned him down. In turn, Carlson shredded Powell's presser earlier that day, admitting that Dumb & Dumber have zero evidence of voter fraud. He spared Giuliani the embarrassment of piling on after Giuliani's hair dye, which must've been hastily applied prior to the presser, began to run down his cheeks as he spoke. 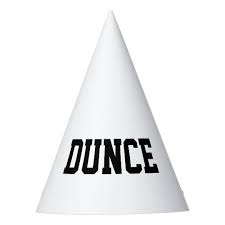 Hand sanitizer ain't enough protection from COVID-19, but all the elder Ball is interested in is getting a fresh 15 minutes of infamy. He still thinks he could beat Michael Jordan, now LaMelo's boss as the owner of the Charlotte Hornets, one-on-one. We'll soon be hearing about a coronavirus super-spreader event coming out of Chino Hills.
========================================
Closer to home, the former Price Chopper location in Lansingburgh, which closed at the end of February, will be the winter home of the Troy Farmers' Market, beginning December 5. The Farmers' Market was forced out of the Uncle Sam Atrium back in March, and while the Atrium itself remains closed to the public, with only certain tenants (i.e. CVS) still open, the folks in charge had to find a space big enough to house the weekly event. Whether or not this is a long-term solution hinges, of course, on whether or not the pandemic finally can be contained. We'll see.
Posted by hobbyfan at 8:16 AM