The dead can't vote, yet Tabloid Carlson insists they did

So why are other media outlets still reporting on anything this jackass says? 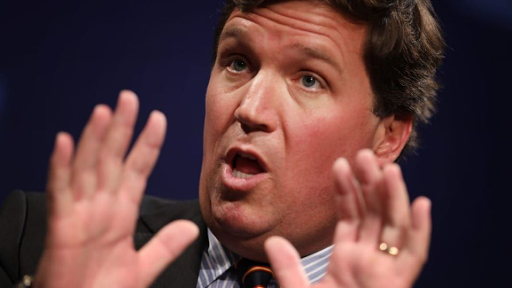 "Hey, I just report what my boss in Washington wants to hear!"
Carlson, you see, has tried to suggest that some of the "fraudulent" votes cast two weeks ago were by dead people. Had Election Day and Halloween fallen on the same day, it would've been just too funny, but Carlson's show is a must-avoid if you want to retain your sanity.

At least three supposedly dead people were either actually alive or just victims of mistaken identity just for sharing the same name as a pre-deceased voter. Carlson says he's not leaving Fox Shmooze, so that for now puts to rest any notions that the GOP would draft him to run in 2024.

Still, he has only apologized for one of his claims, instead of the whole magilla. Fox pays him to say stupid things that the Legion of The Brainwashed will buy into, in the feint hope that America's Oldest Baby can scam his way into a 2nd term. Not happening.

Truth is, Disney would have a job for him if they bought all of the Fox networks. But they already have someone playing Goofy.