Doubling down on the dumb 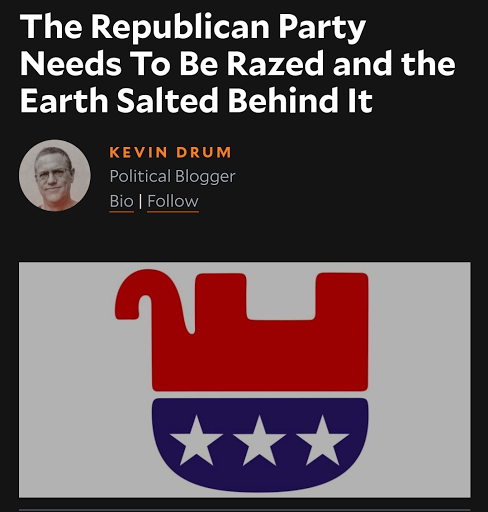 Image courtesy of fellow blogger Kevin Drum via our friends at Twinsanity Comedy.
What I wanted was the upside-down elephant image, but, well, you take what you can.
Digression over. The Republicans doubled down over and over again on their stupidity and denial over the weekend, continuing to fight a losing battle on behalf of President Trump, fully aware, despite those denials, that the clock is ticking on the Trump administration.
Take for example, the "Million MAGA March" on Saturday. Extremist groups like the Proud Boys and the Oath Keepers were represented. The Oath Keepers, getting some rare publicity, went so far as to say they won't recognize Joe Biden as the next President.
Ya might want to check the water you've been drinking the last four years, fellas. Facts are facts. Out of 20 frivolous lawsuits filed since November 4, Team Trump has won just one minor case. And when America's Oldest Baby decides that the dumbest lawyer he's got, fellow geriatric head case Rudy Giuliani, will be his lead attorney going forward. How Goofiani hasn't been disbarred at this point really is a mystery. His office will be moving to a certain New York hospital, albeit permanently, come January if he ain't careful.
And, then, there is the Duchess of Dumb, Kayleigh McEnany, who tried to claim there were really a million people at the march. 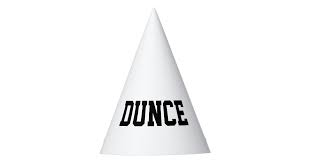 Estimates reported suggested 5,000 Trump supporters, and Lord only knows how many counter-protesters. The Siren of Stereotypes should keep her phone handy, in case Game Show Network decides they need a new host for Idiotest, or decides to revive It Pays to be Ignorant, which was the inspiration for Idiotest to begin with!
On Sunday, Trump stopped short of a full concession, and retracted, claiming he conceded nothing.
What this weak-willed man doesn't want to publicly admit is that the image he's cultivated for nearly 40 years of public life has been an illusion, and that his pampered butt will be escorted out of the White House in 2 months via military or Secret Service escort. The Legion of The Brainwashed can deny and/or ignore this all they want, but in this case, the truth will eventually set them free. Trump has lawsuits pending against him, from NY Attorney General Leticia James to E. Jean Carroll to Lord knows who else has gripes against the Vicar of Vulgar. That's what he's trying to avoid by making end-around runs to stay in office. In his case, facing the truth will destroy him and his illusions once and for all.
And for all the talk of Trump starting a new network, Yahoo! is reporting that his flacks are suggesting buying Newsmax, which has only been around a few months, in order to become bigger competition to Fox Shmooze. I don't know how you can run a network from a rubber room, but I guess we'll find out by this time next year.
Posted by hobbyfan at 11:30 AM

Overlooking the obvious fact that Trash Dump isn't in any position to buy a network since he has no money, what El Tweeto de Cheeto fails to realize is that the ONLY reason he's allowed to spew all of his garbage, petty insults and conspiracy theories without repercussion is because he's currently POTUS (though I'm counting down the days). He won't have his magic cloak of executive immunity to hide behind once he's a private citizen, and that's going to make lining up sponsors and avoiding slander lawsuits kind of difficult.

Commentators such as Farron Cousins are calling for Twitter to suspend President Pampers' account now, rather than later. Good luck with that, since Trump and his fellow crybabies will whine about censorship....!

Counting down 'til we hear about how many idiots caught coronavirus at the march on Saturday...