Just when you thought it was safe to watch the NBA draft, think again.

La Loudmouth (LaVar Ball) is back.

The Fred Sanford of stage parents resurfaced on the eve of the draft, rambling about giving his sons dating advice. Then, in the first round of the draft, his youngest son, LaMelo, was selected by the Charlotte Hornets, which means that La Loudmouth now has to put his money where his mouth is with his outrageous claims about Michael Jordan, the Hornets' owner. You might recall that La Loudmouth claimed he could beat Jordan one-on-one. How does a bench player beat one of the greatest of all time? Only in his dreams.

And while the La Loudmouth circus moves to Charlotte, eldest son Lonzo was revealed to have been moonlighting, if ya will. 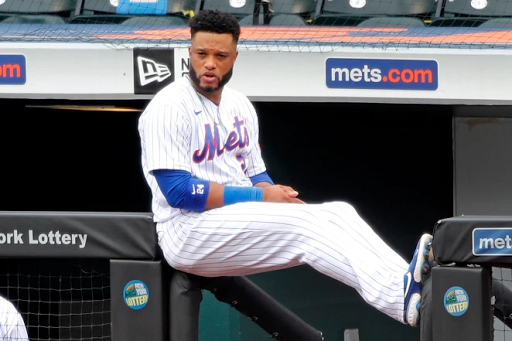 Image courtesy of NY Post
Cano was suspended for the 2021 season, and will forfeit his season's salary of $24 million after testing positive for PED's for the 2nd time, which has folks thinking he went back to the PED's to restore his game this past season, when he hit over .300, and was among the team leaders in homers.
Luckily, the Mets have alternatives. They can either move Jeff McNeil to his natural position at 2nd, or move Andres Giminez there, or bring back Jed Lowrie, who apparently doesn't fit into the team's plans for 2021 after being sparingly used due to injury. AL batting champ DJ LeMahieu is a free agent that the Yankees may want to retain, but now the Mets might just be interested in bringing LeMahieu back to the NL, where he previously won a batting title (with Colorado).

Stay tuned.
Posted by hobbyfan at 8:14 AM