MacFarlane posted on Twitter Sunday that he was ashamed to be under the same corporate roof as Carlson. I'd not be surprised to find he isn't alone in that belief. Carlson's nightly garbage hour on Fox Shmooze brings big ratings, but Family Guy has been around much longer, and while it's an equal opportunity offender, I'm surprised MacFarlane hasn't previously used it to vent his frustrations with a charlatan posing as a journalist like Carlson is. 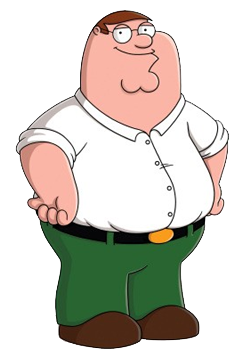 "Tucker Carlson is a freakin' moron!"
Yeah, that sums it up pretty well.
=======================================
It bothers me that conservative jerks like Carlson and Candace Owens have gotten on the hate train for Olympic gymnast Simone Biles.
In truth, we haven't heard from Tabloid yet on the subject, but Owens was more than willing to throw a fellow African-American under the bus in regard to Biles' withdraw from individual events, save for the balance beam exercise, scheduled for tomorrow. Where these whiners fail is in understanding what Biles is going through.
From what has been reported, Biles is dealing with "the twisties", a mental block that is the gymnastics equivalent to the "yips" in golf or baseball. That Biles is putting her focus on one of the tougher disciplines in her sport speaks to the fact that she wants to prove she can still perform at her level. She has been an inspiration to her teammates, as Jade Carey won the gold medal in the floor exercise today, and MacKayla Skinner took home a silver medal.
Prayers from this desk to Simone for tomorrow.
========================================
It came as a shock to many fans on Saturday when the WWE decided to part ways with Bray Wyatt (Windham Rotunda) after 12 years with the company, including developmental.
Wyatt has been off television since mid-April, and it's been reported that he had a difficult time dealing with the death last year of former tag team partner and close friend Luke Harper (Jon Huber). Wyatt had been working toward a return later this month, presumably for Summerslam, set for August 21 in Las Vegas. Former ring announcer JoJo Offerman, Wyatt's wife, was quietly let go some months back, and the couple have two young children.
The decision to cut Wyatt is said to be another case of "budget cuts", which for many is a difficult pill to swallow, considering the company is still turning major profits due to their megabucks deals with Fox and NBC-Universal-Comcast, but are dropping talent on whims, thanks to President-Chief Financial Officer Nick Khan, who has been with the company a year as of this month. On message boards, fans are citing the returns of part-timers such as John Cena, who's working a few dates while also promoting "The Suicide Squad" (opening later this week), and Bill Goldberg, both of whom have been given main event matches at Summerslam in order to juice PPV buy rates.
But it's these kinds of moves, coupled with a bloated and untrained staff of writers for Monday Night Raw & Smackdown, that demonstrate that today's WWE doesn't know how to develop new stars. Add to that comments from CEO/Chairman Vince McMahon, who turns 76 later this month, that he doesn't perceive All Elite Wrestling as real competition. That myopia is going to get him in trouble sooner rather than later.
Posted by hobbyfan at 2:16 PM