The White Knight was really a Black Knight in painted armor

A year ago, Governor Andrew Cuomo was hailed as a hero for his handling of the coronavirus. He made then-president Donald Trump look even more like a chump than Trump had already made himself out to be.

But, alas, the white knight's armor was really a paint job. 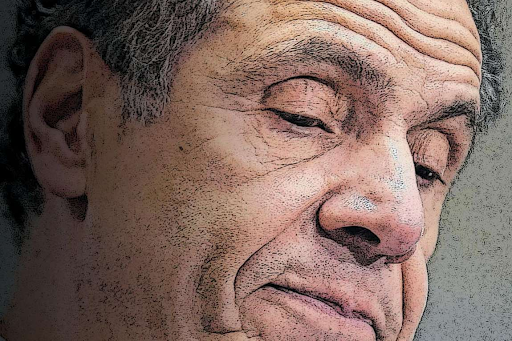 Photo courtesy of the Albany Times-Union.
It turns out that Cuomo is just as much a serial pervert as Trump. Attorney General Letitia James' report was released Tuesday, and it shows that Cuomo had made unwelcome, inappropriate advances toward 11 women, either present or former staff members of his administration, and a female State Trooper. And like Trump, the man-child voted out of office, delusional objections aside, 9 months ago, Cuomo remains defiant. His brother, CNN primetime host Chris Cuomo, was cited in the report as trying to help the governor spin his way out of trouble, and was reprimanded some time back by CNN.

It's assumed the governor won't resign, because he wants to run for a 4th term, something his father, the late Mario Cuomo, never had. Mario, it turns out, was a saint compared to Andrew, which should surprise no one.

The Assembly, however, has made noises about possibly impeaching Cuomo, and forcing him out, which would make Lt. Governor Kathy Hochul the first female governor in the state's history. It's not like New York has had a serial pervert running the state before. Eliot Spitzer destroyed his reputation after it got out that he, too, had made inappropriate advances toward women, and that wasn't really so long ago as you'd think.

To think that none of this could've come out had he not split with Food Network personality Sandra Lee. Hmmmmmmm.

He should be in jail for committing sexual harassment.

He could eventually land there, but he's like fellow pervert Donald Trump. Defiant to a fault.

Come to think of it, he does not belong in jail, he belongs in Hell.