The search is on again: Jeopardy! starts another host search

On August 11, Jeopardy! executive producer Mike Richards (ex-The Pyramid) was named as the new host of the nightly syndicated iteration of the series, with Call Me Kat star Mayim Bialik set to host any spin-offs or specials ticketed for ABC.

This morning, after the Anti-Defamation League began investigating some anti-Semitic remarks attributed to Richards on his now defunct podcast, Richards punted, and decided to step down as MC. As of now, he remains executive producer, but something tells me that won't be enough to satisfy the ADL or anyone else. 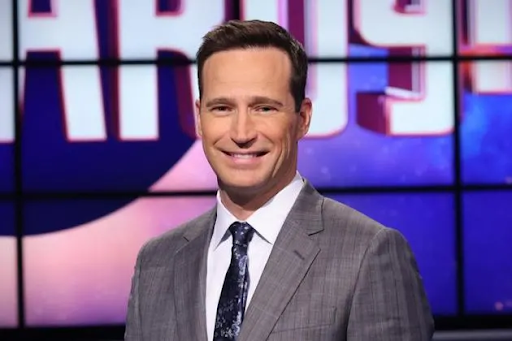 The podcast, The Randumb, ran around the same time as GSN's short-lived The Pyramid. Prior to that, Richards had worked as a producer on The Price is Right, and there have been some questions about backstage conduct there, too. The podcast contained a number of sketches of questionable nature, including the anti-Semitism, sexist behavior, and such, but had nothing to do with the cancellation of Pyramid, which later resurfaced under the revived $100,000 Pyramid title in 2016, with Michael Strahan (Good Morning, America, Fox NFL Sunday) as host.

Before Sony can move on and find a new host, the other shoe has to drop. In order to appease fans and advertisers alike, Richards has to go as executive producer, too.

I'm not a fan of people digging into other people's pasts to get dirt, but, unfortunately, it is a thing.