As the other shoe drops: Mike Richards leaves Jeopardy! & Wheel of Fortune as executive producer

It has been reported that embattled Jeopardy! executive producer Mike Richards has stepped down from that position, as well as on Wheel of Fortune, in the wake of some inappropriate remarks made on a podcast as little as seven years ago, and alleged misconduct behind the scenes on Price is Right around the same time. 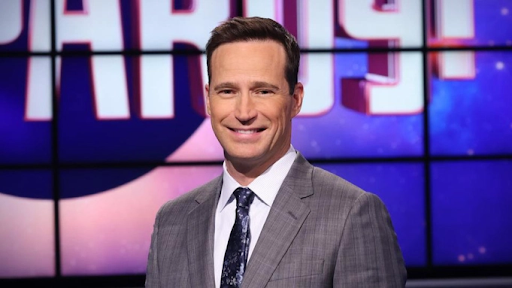 That means that when Richards closes out his final week as guest host of Jeopardy! (already taped) on September 17, it will mark the end of his time with Sony. Michael Davies (Who Wants to be a Millionaire?) will take over as executive producer of Wheel of Fortune & Jeopardy! on an interim basis, likely as of September 20, when Mayim Bialik (Call me Kat) begins a 3 week run as host.

But the drama's not over yet.

Seems that Bialik has had a history of being an anti-vaccine activist, among other alleged sins. A little conflicting, considering she is also a neuroscientist.

There's a pocket of fans still salty over the allegation that actor Levar Burton (ex-Reading Rainbow, Star Trek: The Next Generation) was snubbed after his one week stint, and they want Burton back at the lectern.

Speaking of Millionaire, current host Jimmy Kimmel (ABC) would be a good pick if he wasn't already so busy.

So what's Marc Summers up to these days?

I saw Levar Burton's one week stint as guest host. He wasn't terrible, but he wasn't great at it either. I read that Jeopardy champion Ken Jennings was offered the host gig, but didn't want it due to the hectic shooting schedule.

Ken's busy with The Chase, and there was some drama over his past social media posts, too, when he was named the 1st guest host last season.