The parents are right: A judge rejects Governor DeStupid's ban on mask mandates

All along, Florida Governor Ron DeSantis has aspired to be a clone of Citizen Pampers (Donald Trump), such that he pulled a power play by banning mask mandates in Florida schools.

A Leon County judge today rejected DeSantis' ban, saying that it violated the state's rules on separation of powers, and that the ban was unconstitutional. 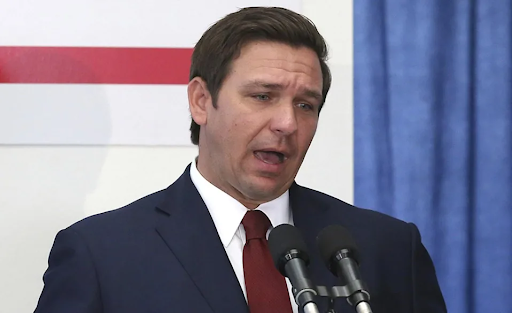 Yeah, my jaw would drop, too, if I were you.
Leon County is one of 10 counties in Florida that opposed the ban. Parents in those counties have been awarded a major victory, as they and the judge could see right through DeSantis' bullying tactics. This also sends a message to the other GOPer governors, including Doug "Acey" Ducey (Arizona) and Greg Abbott (Texas), that the same fate awaits them if parents in their states challenge their bans, too.

DeSantis thought he could be like Trump, and build his political future on the innocent victims of COVID, ignoring guidances from the Centers For Disease Control to bolster his chances at a Presidential run in 2024. By then, his political career could very well be like Trump's. In the trash.