WWE's season of the Turk continues

I shan't be surprised if this is eventually referred to as the Friday Night Massacre.

13 people associated with NXT were cut on Friday, as WWE continues to slash salary, leading to a lot of frustration, consternation, and outright apathy toward WWE CEO-Chairman Vince McMahon and President-Chief Financial Officer Nick Khan, the latter of whom was hired a year ago this month.

Albany native, Saratoga resident Bobby Fish was among those cut, having had his last match on NXT on Tuesday night. Former North American champion Leon Ruff, whom some folks, including ye scribe, had pegged for a run in the cruiserweight division, was released before his last match aired on Friday's installment of 205 Live. 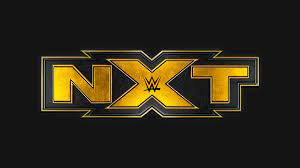 In addition to Fish & Ruff, another former North American champion, Bronson Reed, who was thought to be reassigned to the main roster, was also cut. Reed, a burly Australian, was a clear fan favorite thanks to his Tsunami top rope splash, which was his finishing move. Referee Stephon Smith, veteran grappler Mercedes Martinez, and Tyler Rust, part of the fledgling Diamond Mine faction, were also released.

While the general belief on the internet is that Khan, an outsider brought in the balance the books a year ago, was responsible, but industry sources say McMahon, who turns 76 later this month, pulled the trigger while Smackdown was on the air.

It was reported that morale was down after former champion Bray Wyatt (Windham Rotunda) was let go a week ago. Now, there have to be some sad, pensive, scared faces at the Performance Center in the Orlando suburb of Winter Park. Rival promotions such as Ring of Honor, All Elite Wrestling, Impact, and Major League Wrestling, as well as New Japan, which has a base in the US aside from its business agreements with Impact & AEW, will be looking to sign as many of these talents within the next 30-60 days.

They say one man's trash is another's treasure. It certainly applies in the wrestling business.

The latest word, however, is that WWE is planning on re-tooling NXT, which adopted its current model in 2013, with a new format, and there are those that remember the original reality competition format that ran from 2010-3. starting on SyFy, then moving online. Those folks are hoping they're not going back to that model. That would be tantamount to waving the white flag.

One more reason to force McMahon to retire.