Is ESPN tanking one of its morning shows?

I can't speak to what morning ratings are at ESPN, but the network is risking the centerpiece of its lineup.

Yahoo! is reporting that the network is considering the prospect of having a rotating lineup of guest co-hosts on First Take, which airs from 10-noon (ET), with a replay on ESPN2 or ESPNews to follow. So who's being taken off the table? 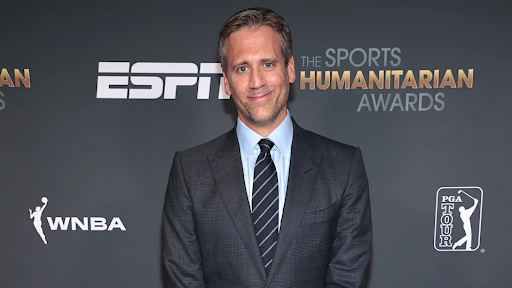 Photo courtesy Getty Images/Yahoo!.
Kellerman was plugged in to replace Skip Bayless when the latter fled west to Fox Sports 1 in 2016 after FS1 offered Bayless his own show, Undisputed, which is really a First Take clone.

Kellerman, the original moderator of Around The Horn, has his own boxing show on ESPN2, and since joining First Take, has been one of the best things about the show, largely because he can debate Stephen A. Smith under the table on virtually every subject.

And therein lies the problem.

Smith, a basketball beat reporter when he first came to ESPN, is the network's #1 personality in terms of salary, but is about as knowledgeable about other sports as a blind barfly, and Kellerman routinely takes him to school. Moderator Molly Qerin-Rose will continue in that role (husband Jalen Rose has his own show on ESPN), but if they go through with this, First Take will be dead in the water.

In other words, ESPN is betting on the wrong guy. Smith is obnoxious, annoying, and grating on the nerves, everything Kellerman used to be. Time has allowed Kellerman to mature as a broadcaster, and in the dozen or so years he was away from ESPN, he had his own show on the then-Fox regional networks, and called boxing for HBO. Disney has indulged Smith by giving him an online show of his own, complete with a CGI "baby" alter ego. He isn't as savvy about, say, boxing, as he thinks he is. Football? Fuhgeddaboutit!! His schtick is that of a reactionary armchair QB with about 10% the sports IQ.

Which begs to ask. What's Jason Whitlock doing these days?