Seems Florida Governor Ron DeStupid has convinced the state Board of Education----he actually conned them into buying into his rhetoric----to enforce his executive order banning mask mandates in the Sunshine State.

Two counties are in danger of being financially penalized for defying DeStupid, who is putting his entire state at risk of COVID. Commentators such as Farron Cousins have said he's pandering to the dumbest of the dumb, the ignorant, low information voter base that's gullible enough to buy into anything he says. However, I don't think this order will last too much longer if the White House has anything to say about it. President Biden has promised financial aid for those districts penalized by DeStupid.

Stay tuned.
=======================================
Meanwhile, in Texas, Governor Greg Abbott is paying a price for his ban, having contracted COVID himself. However, his drones on the Board of Education there will enforce his orders, again putting children at risk, especially those 12 & under who are ineligible for the vaccines.
Abbott would rather shake down his constituents than do the right thing. Once he recovers, and it's reported he's using the same Regeneron formula given to Donald Trump last year, you have to hope he finally gets the message.
=======================================
Speaking of Citizen Pampers, he went on Spam Hannity's show on Tuesday, and while he shredded Biden for the troop withdrawls from Afghanistan, the senile former president then praised the Taliban as "smart fighters".
However, he didn't know the Taliban has only been around for nearly 30 years, not 1,000, as he falsely claimed.
This is why the rubes and marks flock to him. He doesn't have facts, and makes it up as he goes along, like the con man he is. He's just as low information as they are. I'm willing to bet he's also illiterate, which would explain his not doing a lot of reading.
Well, you know what he gets for that..... 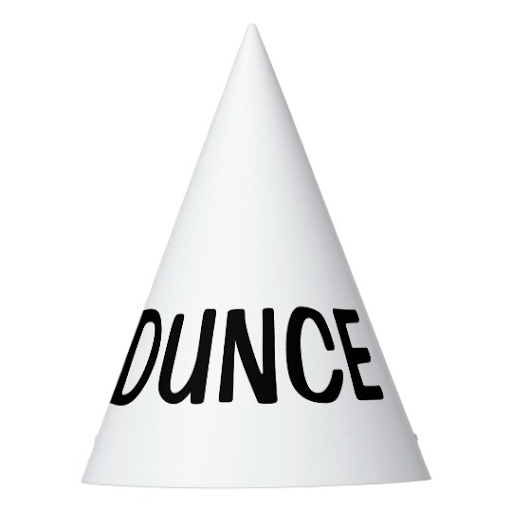 This was just too easy.
======================================
Closer to home, the debate over masks in local schools is getting insanely close to violent.
A recent school board meeting in Clifton Park (Shenendehowa) became contentious Monday night, as anti-mask/anti-vaxxers shouted down students, alumni, & parents who support vaccines & masks. Same thing happened in Guilderland last week. I really wish these people would get a few clues and smarten up.
Posted by hobbyfan at 8:24 AM